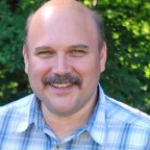 Ken is a missionary with Converge Worldwide, reaching Japanese in the United States, primarily Boston, where he pastors the Boston Japanese Christian Church. He also serves as the Director of Japanese Ministry in the U.S. for Converge Worldwide. He was raised in Japan as the son of missionaries, living in Nagoya for a majority of his time there.